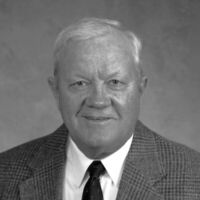 A. Gene Satre, age 87 of Mankato, formerly of Amboy, passed away on Sunday, December 12th at Mankato Lodge (Primrose).

Funeral service will be held at 10:30 a.m. on Thursday, December 16, 2021 at Jackson Lake Lutheran Church in Amboy, MN. Visitation will be held on Wednesday from 4-7 p.m. at Northview – North Mankato Mortuary 2060 Commerce Drive North Mankato, MN and one hour before the service at the church on Thursday.

In lieu of flowers memorials may be given to: Juvenile Diabetes Research Foundation or Jackson Lake Church in Amboy.

Gene was born on February 5, 1934 in rural Bricelyn MN to Iver and Mattie (Langsev) Satre. He attended country school for 8 years before going to Bricelyn HS where he graduated in 1951. He worked on a farm after graduation and enlisted in the Air Force in 1957. Gene married the love of his life, Marlene Pierce on February 19th, 1965 in Winnebago, MN. He was honorably discharged in 1961. He worked for Interstate Power Company for 30 plus years, and never once had a sick day. After retirement, Gene continued working as a cable locator for 10 years. In his free time, he had a passion for being outdoors, especially hunting and fishing. Gene rarely missed attending his kids’ and grandkids’ sporting events, and if he did miss, he made sure to get the details right away. Gene was an active community member, serving on the fire department for 20 years, and spent numerous years on the church council. He also was a member of the Amboy American Legion.

Service...if technical difficulties occur, the service will be recorded and appear later.

To order memorial trees or send flowers to the family in memory of A. Gene Satre, please visit our flower store.