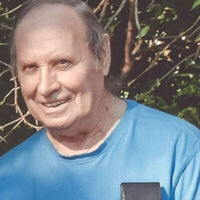 Albert I. Larsen, age 86 of Mankato, passed away on Thursday, October 6, 2022. Private family services will be held.

Albert Iver was born January 16, 1936 in Mankato to Christian M. and Verna T. (Norman) Larsen. He attended Mankato Schools and then enlisted in the US Navy, until being honorably discharged in 1961. Albert was united in marriage to Diana Sue Olson on November 18, 1960 in Portsmouth, RI. They made their home in Mankato where Albert worked for Superior Concrete, retiring at age 70. He was a former member of the Teamsters, was a member of the Moose Lodge and American Legion, and lifetime member of the Kato Cycle Club. He enjoyed woodworking and making birdhouses, hunting, riding motorcycle, reading and could be found tinkering in the garage. Most importantly, he loved spending time with his family.

Left to remember Albert are his children: Jerry Larsen, Patty (Mike) Kosak, and Wendi (Dave) Honza; seven grandchildren; seven great grandchildren; sisters: Laura Ayers and Anne (Gary) Ingalls; and other relatives and friends. He was preceded in death by his wife, Diana in 2019; brother Norman and brother-in-law Robert Ayers.

To order memorial trees or send flowers to the family in memory of Albert I. Larsen, please visit our flower store.