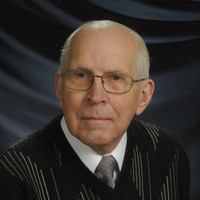 Allan Edward Schoon, age 90, former Professional Land Surveyor for the Minnesota Department of Transportation passed away at Pathstone Living of Mankato, MN on May 31, 2022.

He was born May 7, 1932 in Canton SD to the late Theodore and Mildred (Thorson) Schoon. He graduated from Luverne High School in 1950 and attended Macalester College and the University of Minnesota. Mr. Schoon served in the US Army in Japan from 1953 to 1955 in the First Calvary Division. He was united in marriage to Muriel Joan Schmitz on January 21, 1956 at Bethany Presbyterian Church, Minneapolis, MN.

Mr. Schoon farmed near Luverne, MN for 10 years before moving to Mankato to work for the Minnesota Highway Department, later, the Minnesota Department of Transportation. While with MNDOT, he became registered as a Professional Land Surveyor, and was the District 7 Surveyor from 1982 until his retirement in 1993. During his career he worked on almost every major highway within the district. He taught surveying and wrote computer programs that were used by the Survey Section for many years.

A stroke in 2008 affected his right side but he regained almost full use with rehabilitation. To gain dexterity he started building plastic model airplanes and continued building models for several years.

Allan is survived by his wife, Muriel; sons, Charles of Los Angeles, CA and Thomas and his wife Sue of Mankato, MN; two grandchildren, Brandon and Matthew Schoon; brother, David Schoon and wife Pat of Mendota Heights, MN.  He was preceded in death by his parents, and his sister Delores Boen.

Memorial service will be held at 11am, Monday, June 6, 2022 at First Presbyterian Church in Mankato with visitation one hour prior to service.  Burial will be at a later date at Lake Amelia Cemetery in Villard, MN.  Please share a memory of Allan online at www.mankatomortuary.com.

Livestreaming will be available at: https://www.fpcmankato.org/virtualchurch/

In lieu of flowers, memorials are preferred to either First Presbyterian Church in Mankato or to a charity of the donor’s choice.

To order memorial trees or send flowers to the family in memory of Allan Edward Schoon, please visit our flower store.