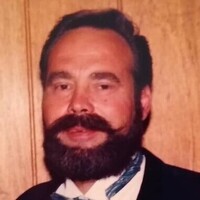 Allen Marvin Taber, age 75, of Mankato and formerly from Eagle Lake, died Wednesday, May 6, 2020 at his home from pending health issues.

Memorial service will be announced at a later date. Please share a memory with Allen’s family at www.mankatomortuary.com.

Allen was born August 3, 1944 in Mankato to Marvin and Sadie (Lusty) Taber. He graduated from St. Clair High School in 1962 and served in the U.S. Army from March 12, 1964 until being honorably discharged from active duty on September 2, 1964, continuing with the reserves for seven more years. Allen married Marcella Froehlich on August 7, 1965 and they were later divorced. Allen married Lynette Taber on April 24, 1992, and they were later divorced.

Allen worked at Kato Engineering for 45 years before retirement. In his spare time, he enjoyed hunting, fishing, working on cars and electronics, and gunsmithing. He was a member of St. John’s Evangelical Lutheran Church in St. Clair and the Eagle Lake Legion.

Allen was preceded in death by his brother, Carson Taber; and father, Marvin Taber.

To order memorial trees or send flowers to the family in memory of Allen Marvin Taber, please visit our flower store.