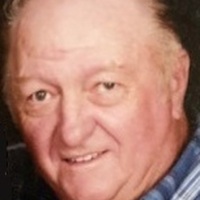 Alvin Arnold Birr of Good Thunder passed away on Saturday, February 13, 2021 at his daughter’s home in Emmons, MN.

Alvin was born on May 28, 1940, to Joseph and Marcella (Doering) Birr in Winnebago, MN. He graduated from Good Thunder High School in 1958, where he participated in basketball and baseball. In 1962, Alvin enlisted in the US Navy.  While stationed in the Philippines, he was united in marriage to Lucena “Susie” Lastima on March 31, 1966, in Olongapo, Luzon, Philippines. In September 1966, Alvin and Susie moved back to the states to Bremerton, WA, before relocating to Dublin, CA, where Alvin was stationed at the US Naval Base in Alameda, CA. In 1984, Alvin was honorably discharged, and they made Good Thunder, MN their "forever" home.

He is preceded in death by his parents, his wife: Susie, his brothers: Luverne Birr & Marvin Birr, two brothers-in-law: George Rosin & Hibert Bergemann, and one sister-in-law: Dorla Birr.

A dual military graveside service for Alvin and Susie Birr will be held at a later date. Mankato Mortuary is in charge of the arrangements.

To order memorial trees or send flowers to the family in memory of Alvin Arnold Birr, please visit our flower store.