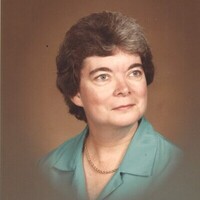 Barbara “Bobbie" Seberson, age 89, passed away unexpectedly on November 10, 2021 at Mayo Clinic Health Systems - Mankato, MN. A funeral service will be held at St. John's Episcopal Church, 302 Warren St., Mankato, MN on Saturday, November 20, at 11 AM. Viewing will be at the church one hour before the service.

Bobbie was born on July 3, 1932, in Washington, D.C. to Henry Arthur and Elizabeth “Bessie” Grimes. She was proud to have been in the ROTC at Anacostia High School in Washington D.C. After graduation she was honored to work as a civilian for the Navy.

She married Norman Seberson on November 22, 1952. They lived in Norfolk, VA until moving to her husband’s hometown of Armstrong, MN where she helped out on the family farm. The couple was blessed with two daughters, Joan Louise Hertel and Carol Elizabeth Nightingale. They moved to Albert Lea, MN and then St. Louis Park, MN.  Bobbie worked as a bookkeeper in Hopkins. The family then moved to Long Island, NY where she took the job as Assistant to the head of Publications at the New York Institute of Technology. It was there she earned her Bachelor of Science degree. She divorced in 1975. When she retired, she moved to Orlando, FL and enjoyed working for Easter Seals. In 2000, she was diagnosed, treated, and survived cancer. She adopted an Italian Greyhound named Molly that she absolutely adored. In 2001, she relocated to Mankato, MN to be closer to her daughter Joan. She joined the Lutheran Social Services Foster Grandparent Program and worked at Franklin Elementary and then at Kennedy Elementary as "Grandma Bobbie." She loved working with the younger children. During her time in Mankato, she was an active member of St. John's Episcopal Church. She was a lector, attended bible study regularly, and for a time participated in the outreach program. Her faith was an integral part of her life and so were music and art. She grew up singing in choirs and enjoyed a hobby of painting in watercolor. In her last years, she lived at the senior residences of Old Main Village and then Laurel's Edge.

Bobbie is survived by her daughter Joan Hertel of Mankato, MN, and granddaughter Victoria Nightingale of Brooklyn, NY. She was preceded in death by her parents, her daughter Carol, her sister Margaret "Peggy" Iacone, and nephew Steven Blackburn.

To order memorial trees or send flowers to the family in memory of Barbara Joan (Grimes) Seberson, please visit our flower store.