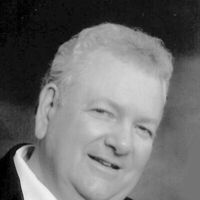 Funeral Mass will be held on Monday, February 28, 2022 at 12:00 p.m. at SS Peter and Paul Catholic Church. Visitation will be Monday from 10:30-12:00 p.m. at the church.  Burial will be at Calvary Cemetery.  Northview-North Mankato Mortuary is assisting the family with arrangements.

Bary was born on December 8, 1945 in Mankato to Lyle and Florence (Ulmen) Long.  He graduated from Loyola High School in 1964.  Bary served in the United States Navy from 1966-1969 as a boiler operator on the USS Bon Homme Richard (CV-31).  Bary was united in marriage to Susan Rivers on October 12, 1974.  Bary worked for Catrysse-Huettl Custom Cabinets from 1970-1985.  He was then a custodian at Mankato East High School from 1985-2012.  Bary enjoyed summers growing up on Lake Washington.  Bary was an avid sportsman, he enjoyed fishing, hunting, and snowmobiling. He developed a love for woodworking from his grandfather and father and shared his talent with many.

To order memorial trees or send flowers to the family in memory of Bary M. Long, please visit our flower store.