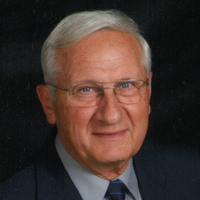 Mass of Christian Burial will be 10:30 a.m., Saturday, February 26, 2022, at St. John the Baptist Catholic Church, Mankato. Visitation will be from 9:00-10:30 a.m., Saturday at the church.  Private family interment will be in Calvary Cemetery, Mankato.  Northview – North Mankato Mortuary is in charge of arrangements.

Bernard was born to Bernard L. and Kunegunda (Rumpza) Snaza in Day County, South Dakota. Bernie graduated from Roslyn High School in 1957. He graduated with a Bachelor’s degree in Agriculture Education from South Dakota State University in 1961. Bernie worked in Sales and Service with the Rochester Turkey Hatchery from 1961 to 1963. He then taught agriculture classes at Goodhue High School from 1963 to 1967. Bernie was a member of the Minnesota National Guard from 1961 to 1967. While teaching Agri-Business at South Central College in Mankato, MN, Bernie earned his Master’s degree in Agriculture Education from the University of Minnesota. He touched many lives during his teaching years at South Central from 1967 to 1996. His passion was agriculture and farming. After retiring from teaching, Bernie worked at Scheels All Sports from 1996 to 2009.

Bernie loved playing games with his kids and grandkids, doing puzzles, dancing, watching sports and going on his daily walks. He enjoyed casinos, spending time with friends and family and eating anything sweet. He LOVED to visit. Everywhere he went, someone knew Bernie.

To order memorial trees or send flowers to the family in memory of Bernard "Bernie" "Ben" Snaza, please visit our flower store.