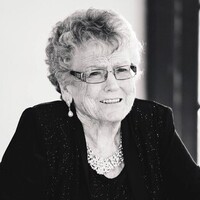 Betty Ann, the daughter of Albert and Doris (Slater) Tettam, was born on January 14, 1934 in Vernon Center. Betty was united in marriage to Stanley H. Bergemann on October 4, 1952 at St. John Lutheran Church in Willow Creek. They began farming and raising their five children along Perch Creek in Ceresco Township. Betty was a proud co-farmer with Stanley and truly loved the land. She was the CEO of Tettam Farms. Betty was on the Blue Earth County Human Services Advisory Board for many years, a part of the neighborhood Mother’s Club and a member of St. Peter’s Lutheran Church in Vernon Center. She loved spending time with her children and grandchildren and enjoyed the outdoors, especially mowing the lawn and watching wildlife.

To order memorial trees or send flowers to the family in memory of Betty Bergemann, please visit our flower store.