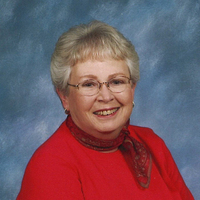 A Memorial Visitation will be held in the Spring of 2022 to be announced.

Northview – North Mankato Mortuary is in charge of arrangements.  www.mankatomortuary.com

Beverly was born March 30, 1933 to Peter Marvin and Brigetta Elizabeth (Dolan) Albright in Austin, Minnesota.  She graduated from St. Augustine High School, Austin in 1951 and attended St. Theresa College in Winona.  Beverly was united in marriage to Richard “Dick” S. Marvin on November 27, 1954 in Austin.  Beverly had worked for the City of Austin in the Utility Department, Hormel Foods, and after moving to Mankato for Sears in the cashier’s office, auto department, and as personnel manager until her retirement.

Beverly was a member of St. Joseph the Worker Catholic Church.  She enjoyed playing golf and was a member of several ladies’ groups, cooking, reading, and traveling the 48 contiguous United States with Dick.

Beverly was preceded in death by her parents; brothers-in-law and sister-in-law, Roger Haugen, Mike and Betty Szurek.

To order memorial trees or send flowers to the family in memory of Beverly A. Marvin, please visit our flower store.