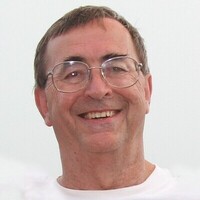 Bradley James Alleven, 68, died September 4, 2020, of heart failure at his home in Metairie, Louisiana.  Private family graveside services will be held at a later date. Olson-Tichenor Funeral Home is assisting the family with arrangements.

Brad was born in Mankato on November 28, 1951, to Henry and Betty Alleven.  He graduated from Mapleton High School in 1970.

He attended St. John’s University and graduated in 1974.  Brad continued his education at Loyola University in New Orleans where he received his Law Degree.  Brad worked as an accountant for various businesses in New Orleans.  Brad was an avid sports fan who followed college and professional sports as well as the athletic endeavors of his nieces and nephews.  Brad enjoyed family events and attended weddings of nieces and nephews in various states in the U.S.

Brad is survived by his mother, Betty of Mapleton; four sisters, Patrice LeBrun (Rick) of Eugene, Oregon, Kim Bartholomew (Karmen) of Mapleton, Brenda Lenz of Denver, Colorado, and Monica Shannon (Tom) of Hammond, Oregon; one brother, Warren Alleven (Cindy) of Delavan, and many nieces and nephews.

He was preceded in death by his father, Henry Alleven.

To order memorial trees or send flowers to the family in memory of Bradley James Alleven, please visit our flower store.