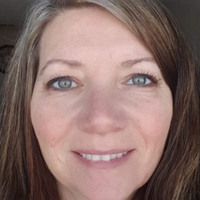 Cathleen "Cathie" Leskey passed away on December 19, 2021 at her home.

Celebration of Life will be held at 12pm, Friday, January 14, 2022 at Northview ~ North Mankato Mortuary with visitation one hour prior.

Cathie was born on November 27, 1966 to Timothy, Sr. and Linda Miller in Honolulu, Hawaii. In 1985, Cathie graduated from Maple River High School in Mapleton, MN. She continued her studies throughout her life. Cathie held various jobs over the years and was recently self-employed.

Cathie enjoyed nature and was very spiritual. She was avid photographer, painter, and enjoyed working on crafts.
Cathie is survived by her former husband, Thomas Leskey; her four children, Caryesse (Scott) Klapperich, Levi Leskey, Teal Leskey, and Shaylin Leskey; three grandchildren, Benjamin, Noah, and Eden Klapperich; siblings, Tim (Teresa) Miller and Chris (Bobbie Jo) Miller; many nieces, nephews, aunts, uncles, and cousins. She was preceded in death by her parents and grandparents.
Memorials or donations may be made to CADA or ECHO Food Shelf in Mankato, MN.
While Cathie was taken too soon from our world, her imprint of who she was will never leave.
To order memorial trees or send flowers to the family in memory of Cathleen Marie Leskey, please visit our flower store.