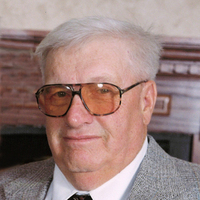 Memorial Service 10:30 a.m., Saturday, July 23, 2022, at Cornerstone United Methodist Church, Lake Crystal. Visitation will be from 9:00 a.m. until the time of service Saturday at the church. Interment will be in Garden City Cemetery. In lieu of flowers, memorial may be given to Cornerstone UMC. Lake Crystal Mortuary is in charge of arrangements.

Charles was born October 19, 1933, to Louis A. and Marguerite A. (Smothers) Gilman on the family farm in Garden City Township. Due to his father’s untimely death, Charles had to take over the farming at a very young age.

He joined the U.S. Army in 1957 and was stationed in Colorado Springs, Colorado. There he met someone very special at a drive-in-diner, Charlene King, and they fell in love instantly. They were married on May 27, 1958, at Manitou Springs, Colorado and they moved back to Minnesota. Charlene learned how to be a housewife and homemaker while Charles excelled in his work. His farming included growing peas and sweet corn for Green Giant. Eventually, he bought a truck and started hauling peas and sweet corn for Green Giant and seed corn for local seed companies while still working on his farm. Once his boys were old enough, Charles bought another truck to do the hauling for Green Giant and then Charles Gilman and Sons Trucking came to be. Charles’ work ethic was strong within the community, and he never said no to a job. He hauled sugar beets and removed snow for the City of Lake Crystal as well as doing seasonal work at Crystal Co-op. He never neglected a job. However, the most important job he attended to was his family. The family enjoyed fairs, going out to eat, watching movies, and other fun activities. Charles loved visiting with his family and reliving memories of old times. He also enjoyed watching TV, his love for McDonald’s fish sandwich and McRib. And last, but not least, Charles always enjoyed listening to the radio.

Charles’ family would like to give a huge thank you to the staff at Oak Terrace and Mayo Hospice for their care and compassion.

To order memorial trees or send flowers to the family in memory of Charles L. Gilman, please visit our flower store.