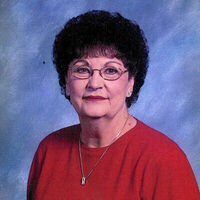 Memorial Funeral Mass will be held at 11:00 a.m., Wednesday February 16, 2022 at St. John the Baptist Catholic Church. Visitation will be one hour before the service at the church on Wednesday. Burial will be at Calvary Cemetery at a later date. Mask are required inside the church.

Charlotte was born on July 22, 1932 at Iona, Minnesota to Rolland and Cecilia (Balkenol) Anderson. She graduated from St. Columba High School. After high school she was trained as an Executive Secretary which led to employment with several Fortune 500 Corporations in Minneapolis. Charlotte was married to Anthony (Tony) Pazik.

Charlotte enjoyed reading, books, playing tennis and dancing. She taught ballroom dancing at the Arthur Murray Studios and played the organ. She is preceded in death by her parents; her son Scott Pazik passed away in 2011; husband, Tony Pazik; her brother Rolland (Bud) Anderson; son-in-law, Donald Beadell, and many other relatives.

To order memorial trees or send flowers to the family in memory of Charlotte M. Pazik, please visit our flower store.