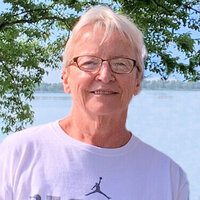 Private family services will be held at a later date. Mankato Mortuary is assisting the family with arrangements.

Cynthia Anna, the daughter of William and Dorothy (Jordan) Niebaum, was born on January 7, 1949 in Sioux City, Iowa. She graduated from Sioux City Riverside High School in 1967. On August 23, 1969, she married Charles Wray Wright at the Riverside United Methodist Church in Sioux City.

Cindy started her career as a paraprofessional at Sergeant Bluff-Luton Elementary School, where she worked for11 years. In 1990, she earned her bachelor’s degree from Morningside College in Sioux City. Cindy then became a teacher in Jackson, Nebraska for one year before moving to Madison Lake. She continued her career as a teacher at Waterville-Elysian-Morristown High School for 19 years. Cindy was awarded the Teacher of the Year at WEM in the 2000-2001 school year. She enjoyed gardening and flowers and was an avid reader. Above all, Cindy cherished the time with her grandchildren and loved spending time at the lake.

She was preceded in death by her parents; brother, Don Niebaum; and brother-in-law, Gary Phillips.

To order memorial trees or send flowers to the family in memory of Cindy Wright, please visit our flower store.