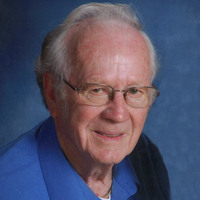 Funeral service will be held at 1pm, Friday, October 28, 2022 at Northview ~ North Mankato Mortuary with visitation one hour prior to the service. Burial will follow at Calvary Cemetery. Please share a memory of Clem with his family online at www.mankatomortuary.com.

Memorials are preferred to the Parkinson’s Association or Ecumen Hospice.

Clement, the youngest of 11 children, was born May 23, 1933 in Mankato to John and Katherine (Schaack) Bachmeyer. At age 13, he started his first job as stock boy at Jabbra’s Grocery Store on Third Avenue, stocking shelves and delivering cases of beer to customers. Clem began working at Continental Can (later Crown Cork and Seal) when he was 19 years old, a career that lasted over 46 years until retirement. While taking his twin nieces, Donna and Darlene, to Hillcrest Drive-In for root beers, Clem met the love of his life, Linda Reichel. They were united in marriage on August 30, 1952 and were blessed with five daughters. In his spare time, Clem enjoyed lawnmower and Volkswagen repair, traveling throughout the United States with Linda, and spending time with family and friends.

Clement was preceded in death by his parents, four sisters, and six brothers.

To order memorial trees or send flowers to the family in memory of Clement John Bachmeyer, please visit our flower store.