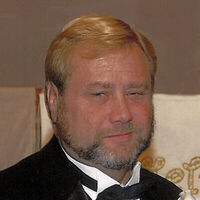 Mass of Christian Burial will be held on Saturday, March 26, 2022, at 10:00 A.M. at SS. Peter and Paul Catholic Church, Mankato, MN, with Rev. Andrew Whiting, IVE officiating. Visitation will be held on Friday, March 25, from 5:00-7:00 P.M. at Northview ~ North Mankato Mortuary, 2060 Commerce Dr., North Mankato and one hour prior to the service at the church. Interment will be at the Mt. Olivet Cemetery in Mankato at a later date.

Daniel Carl Groebner was born on September 11, 1952, along with his twin brother David John, to Dr. Willard A. Groebner, DDS, and Leora Irene (Seesz) Groebner in Mankato, MN. Daniel graduated from Mankato High School in 1971.

Dan worked for Mueller’s Superway grocery stores, working his way up to assistant manager. He went on to be an assistant manager for Sirloin Stockade in Mankato and then manager in Onalaska, WI. He returned to Mankato and resumed his position with Mueller’s Superway. He then went on to become a salesman for Clements Auto (Chevrolet) in Mankato. He retired because of the after effects of his first stroke, he did return to work part time at Mully’s on Madison.

Daniel was preceded in death by his parents and brother, Willard “Butch”.

To order memorial trees or send flowers to the family in memory of Daniel Groebner, please visit our flower store.