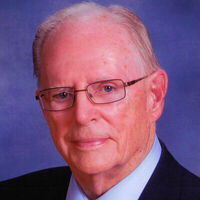 Mass of Christian Burial will be held at 1:00 p.m., Wednesday, July 21, 2021 at SS. Peter and Paul Catholic Church in Mankato with visitation one hour prior to the service.  Burial will be at Calvary Cemetery, Mankato.  The family prefers memorials be given to SS. Peter and Paul Catholic Church, the Schools Sisters of Notre Dame or donor’s choice.  Mankato Mortuary is assisting the family.

Dave was born April 21, 1930 in Minneapolis, MN.  He was raised in Albert Lea, MN as the only child of Alois and Augusta (Larson) Osdoba.  After graduating from Albert Lea High School in 1948, Dave attended the University of Minnesota.  In college he had an interest in either dentistry or architecture.  He graduated from the University of Minnesota School of Dentistry in 1954.  After Dental school, he served two years in the United States Navy stationed at Great Lakes Naval Training Center.

Dave married Donna Mae Kuckler on January 3, 1955.  Following his service in the Navy, Dave and Donna settled in Mankato where he opened a dental office.  He practiced dentistry for 40 years.  Dave was active in the Minnesota Southern District Dental Association and served as its president in 1984.  He was active in the Knights of Columbus and Serra Club.  In his free time, Dave enjoyed his large-scale train hobby, boats, cars, and airplanes.

Dave was preceded in death by his wife Donna in 2009.

To order memorial trees or send flowers to the family in memory of David J. Osdoba, please visit our flower store.