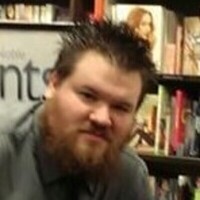 No services will be held.  Mankato Mortuary assisted the family with arrangements.

David was born on January 19, 1988 in Burnsville, MN to Therese (Loberg) Stegora.  He graduated from Mankato East High School in 2006.  David was currently working for Thrifty White Pharmacy.  David was a writer and authored many short stories that he had published.  He enjoyed board games, card games, video games and watching wrestling.  He loved attending sci-fi and comic conventions.

To order memorial trees or send flowers to the family in memory of David Allyn Stegora, please visit our flower store.