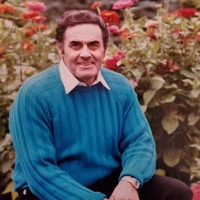 On April 13, 2021, Dennis James Turtle, loving husband and father of five daughters, joined his loving Savior at the age of 86.

He was born in 1934 in Mankato. After graduating from Mankato High School, he joined the Army for two years. He married Judith Blackmer while he was enlisted. They had five daughters while married, Lori, Jani, Kari, Juli, and Suzi.

When Dennis was discharged from the Army, he returned to Mankato and started and lengthy and successful excavating construction business.

In 1997, he married Mary Jeanne Horning of Watertown, SD. Together, they were devoted and dedicated to serving their church. They enjoyed traveling in the United States and Europe.

Dennis’s biggest passion was his love of singing and entertaining people with his music.

Celebration of Dennis’s Life will be held at 1pm, Thursday, April 15, 2021 at Hosanna Lutheran Church with visitation one hour prior. Military honors will be provided by the Mankato Area Veterans Memorial Rifle Squad. Burial will follow at Woodland Hills Memorial Park in Mankato. Livestreaming will be available at www.hosannamain.online.church. Please share a memory of Dennis with his family at www.mankatomortuary.com.

To order memorial trees or send flowers to the family in memory of Dennis James Turtle, please visit our flower store.