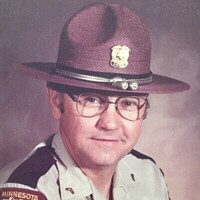 Don Wells Keepers was born September 21, 1931, to Ray and Amelia (Olson) Keepers at their farm, near Cottonwood, MN. As a boy he was immersed in mechanics, and dove into fixing and hacking things in order to make a Model T or a Model A into something that he could race around the farm or in road ditches. A childhood friend would say, “Keepers, you gonna kill yo’self someday!” Later, when he was 19 or so, he would in fact break his nose in a racecar on a dirt track. (Think Doc Hudson in the movie Cars!) That didn't stop Liz Halverson, a carhop at the local drive-in, from being smitten by Donny, the big shot in his jalopy.

Don graduated from Cottonwood High School in 1949. Don and Liz married in 1953, after he’d been at the U of M for a year. He was drafted soon after and became a corporal in the Army, doing work on the White Sands Missile Range in New Mexico. By the time his stint was done, he and Liz had two children—Kevin and Deanne.

One day when he was young, Don was driving with his mother and they came upon a checkpoint in which the Minnesota State Patrol was doing an educational, good-PR-type look at brakes and tires and such. Don said, “That’s what I’m going to do someday." When he returned from the Army, he was accepted into the Patrol School and graduated in 1957. He worked the southwest MN area and they lived in Hector, during which time daughters Lisa and Doreen were born. Eventually he would set his sights on flying, too, and became a pilot for the Patrol—a “Bear in the Air” as was the CB lingo at the time.

In those Hector days, Don and Liz decided to take their young family camping with a pop-up-tent trailer, and his brother said, “You can get them cheaper if you buy four! Sell the other three and keep one for yourselves.” And that’s why there’s still a Keepers RV Center to this day! They continued those little pop-up camper sales when they moved to Mankato in 1969, and it grew into a considerable and enjoyable sideline for him and Liz. He identified first and foremost as a Minnesota State Trooper, even after thirty-some years of retirement. He always saw that role as a courteous, respectful helping hand, and only as a heavy hand when necessary, just as he had admired so many years before at that traffic stop.

Don was always looking forward to things in life—planning fun things and making them happen for himself and others . Picture his habit of keeping notes in his breast-pocket, checking off to-do-lists, keeping track of the dates of the next fun thing. He enjoyed humor—both your jokes and his. You’ve never seen a more avid fan of the Sunday paper’s “funnies.” He relished his many interests—driving, flying, motorcycling, golf, waterskiing, snow-skiing, boating, trap and pistol shooting; and good meals, good friends, and good conversation—he was always curious and thoughtful. Many of those activities took place during winters in Mesa AZ, as he and Liz enjoyed a place in Valle Del Oro for 30 years. He always had great excursions planned for visitors based on so many great explorations with their snowbird friends there. A ride up to Tortilla Flat observing the majestic Saguaros on the way was a must.

His children valued their dad as a stalwart supporter, advisor, and friend. They and his now-adult grandchildren cherish memories with him, especially at the family cabin up north. He loved his whole family dearly and made sure they knew it. He was generous, and affectionate. Don loved socializing, but he always enjoyed his alone time, too; to think his thoughts and dream his dreams and hoping to someday once again be a Bear in the Air, so to speak.

Although both life experience and being on the Patrol taught him to mix in appropriate prudence, an element of that boy in the road ditches persevered—accordingly he always enjoyed the quote, “Life should not be a journey to the grave with the intention of arriving safely in a pretty and well-preserved body, but rather to skid in broadside in a cloud of smoke, thoroughly used up, totally worn out, and loudly proclaiming ‘Woohoo! What a ride!’”

He was able to stay at home with his beloved Liz, thanks to having his youngest daughter Doreen living with them and giving them such loving care. We will be forever grateful for this gift. He died there peacefully, on February 1st, 2022.

Funeral service will be held at 12 noon on Tuesday, April 19, 2022 at Christ the King Lutheran Church, where they were loyal members for over 50 years. Visitation will be held for one hour prior to the service. Mankato Mortuary is assisting the family with arrangements. Memorials may be sent to the American Red Cross or Christ the King.

To order memorial trees or send flowers to the family in memory of Don Wells Keepers, please visit our flower store.