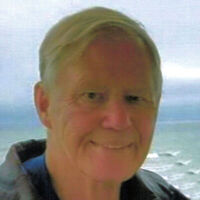 A memorial service will be held 11:00 a.m., Saturday, August 6, 2022 at Northview-North Mankato Mortuary, 2060 Commerce Dr., in North Mankato with visitation one hour prior to the service. Private burial will take place at Calvary Cemetery in Mankato at a later date. The family prefers memorials be given to Mending Spirits (animal rescue) or Hosana Lutheran Church. Livestreaming will be available at www.mankatomortuary.com.

Don started his career at Los Alamos Labs in New Mexico from 1969 to 1974. He then worked for the Education Communication of the States and Mountain Bell in Denver, Colorado until 1981. In 1981, Don moved to Mankato where he worked at Mankato State University as Associate Vice President for Computer Technology and Director for Computer Services for all Minnesota State Colleges. In 1996, he took a position as Chief Information Officer at Murray State University in Murray, Kentucky until 2000. He retired from Southern Illinois University, Carbondale, as the Director of Information Technology in 2006.

Don married LuAnn Hiniker on June 26, 1992 in Santa Fe, New Mexico. He and LuAnn moved back to Mankato from Rochester in 2013.

In his free time, Don enjoyed his loving companion dogs, Geo and Casey, his cats, traveling, driving his ’66 Corvette and spending time at his condo on South Padre Island, Texas. He loved all things sports, especially the Vikings and Twins, and having a good cigar on the deck. He truly loved attending his great niece and nephews’ sporting events earning him the title “Super Fan.”

Don was preceded in death by his parents; sister, Marianna Sellers; and parents-in-law, Christopher and Phyllis Hiniker.

To order memorial trees or send flowers to the family in memory of Donald Olson, please visit our flower store.