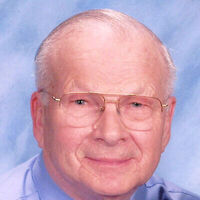 Donald Loren Sargent, age 84, of Mankato, died at his home from natural causes on December 30, 2020.

Memorial Mass will be held on July 10, 2021 at 11:00 a.m. at St. John the Baptist Catholic Church.  Visitation will be held from 9:00-11:00 a.m. prior to the service at the church.  Burial will be in Calvary Cemetery, Mankato.  Mankato Mortuary is assisting the family with arrangements.

Donald was born on March 17, 1936 to Johnathan “Jack” and Eleanor (Schumacher) Sargent.  He grew up in Decoria Township, south of Mankato.  Donald attended Mankato schools.  Donald served in the Minnesota National Guard for six years, reaching the rank of Staff Sergeant.  Donald was united in marriage to Rosemary Oehler on July 9, 1958.  They raised three children together and were married for 59 years.  Donald was employed by Continental Can and the Mankato Creamery.  He worked as a route driver for 30 years for Dairy Fresh.  He was a hired man in farming for his family.  He also helped family with the construction of homes and carpentry work.

To order memorial trees or send flowers to the family in memory of Donald Loren Sargent, please visit our flower store.