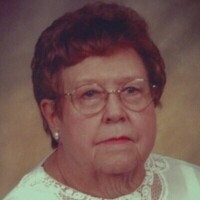 Elaine was born August 29, 1931 to George W. Olson and Ruth V. Olson (Peterson) and grew up in the Mankato area. As her parent’s first child, she was baptized on September 20, 1931 and confirmed June 10, 1945 at Grace Lutheran Church where she remained a life-long member. Growing up also included: living and working on their family farms, helping elderly relatives, and enjoying her cousins, siblings and friends. Elaine attended school in rural Belgrade Township, at North Mankato’s Public School and in 1949 graduated from Mankato High School. She married Marvin Bindig of Good Thunder, MN on November 24, 1950. In their years to follow; she helped build the family home in North Mankato, raise five children, worked at Mankato Paper Box Co., helped her husband with several illnesses, while recovering from her own. Some favorite things to do in her younger years were: going to State Fairs, playing antique Church pump organs after refinishing, watching Twin’s games, camping and fishing, growing flowers, hosting get-togethers, going to Zoo’s, meeting her Grandchildren and Great-grandchildren and most recently making acquaintances at Mapleton’s Community Home. She enjoyed trips to California, Hawaii, Colorado, Texas, Northern Minnesota, its surrounding States, and going to family gatherings out in the country near Mapleton.

A special ‘Thank you’ to Mapleton’s Community Home staff who assisted her with her health needs, provided fun activities at the Home, fellowship and friendship, and also to Freedom Home care who helped her with her appointments and provided additional friendship.

To order memorial trees or send flowers to the family in memory of Elaine R. Bindig, please visit our flower store.