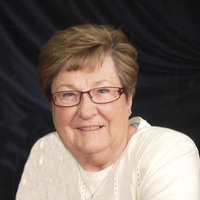 Funeral service will be 11 a.m. Thursday, June 2, 2022, at Hosanna Lutheran Church with Pastor Mike Omtvedt officiating. Visitation will be from 4-7 p.m. Wednesday, June 1, 2022 at Northview-North Mankato Mortuary and one hour prior to the service at the church on Thursday. Inurnment at Fort Snelling National Cemetery will be held at a later date.  Memorials are preferred to an organization of the donor’s choice.

Elaine was born July 20, 1939, in New Ulm to Gerhard and Agnes (Lange) Bode. She graduated from Nicollet High School and later obtained her LPN license. She worked for St. Peter Health Care Center for 15 years before retiring in 2002.

On June 15, 1963, Elaine was united in marriage to Eugene “Gene” Selby in Courtland. They made their home in Nicollet raising four children, Cynthia, Scott, Lynnette, and Michael. Elaine loved dancing, especially with her husband, Gene. She enjoyed quilting, painting, ceramics, and singing in church choir. However, her passion was spending time with her grandchildren and great-grandchildren.

To order memorial trees or send flowers to the family in memory of Elaine Esther Selby, please visit our flower store.