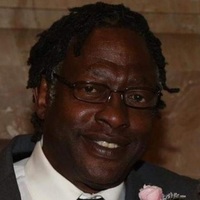 Ellery Joe Morgan, age 69, of Mankato, MN, died on May 5, 2020 at home with his family after a two-year battle with pancreatic cancer.

A memorial service will be held sometime in the future when gatherings are allowed again. Memorial will be held at Mankato Mortuary. He will then be buried in Northern WI where several relatives are buried.

He loved to spend time with his family, and even when he wasn’t able to, he would video chat with his kids in Germany. He served his country with love in the Army as a supply clerk. He loved to watch boxing, he had many favorite boxers over the years a few were, Floyd Mayweather, Manny Pacquiao, Deontay Wilder, & Gervonta Davis. He loved to meet new people and learn their stories, also brought a loving and heartwarming smile wherever he went. He was a man of many passions and auto body repair was one of his passions. He also loved cooking, he spent many hours in the kitchen and could’ve even owned his own restaurant. His most loved passion was music he’s had over 30 guitars in his lifetime, now they’ll be in the care of his children. His favorite Korean cuisine was bulgogi beef and one of his favorite things to cook was BBQed ribs.

Thank you to all the health care workers that helped us through this journey the past 2 years, Ellery was treated with dignity, respect and compassion and that helped make the journey a little less difficult.

To order memorial trees or send flowers to the family in memory of Ellery Joe Morgan, please visit our flower store.