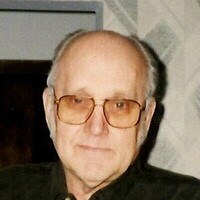 Funeral Service will be 11:00 a.m., Wednesday, July 1, 2020 at Northview – North Mankato Mortuary, 2060 Commerce Drive, North Mankato. Visitation will be one hour before service. Private family interment will be in Mt. Lake Cemetery.

Pete was born March 3, 1938 to Elwin C. and Mabel O. (Aanderud) Sanders in Lisbon, North Dakota. He spent his early childhood in North Dakota and then the family moved to Garden City and later to Jordan. He graduated from Jordan High School in 1956. After high school he proudly served in the U. S. Marine Corp. After his service he was employed at Honeymead in Mankato for over 40 years until his retirement in 2003.

Pete married Linda Louise Willard on March 8, 1962 and was happily married until she passed in 1994. Soon after they were married they joined the Church of Jesus Christ of Latter Day Saints where he was a faithful member until his death.

After retirement he enjoyed spending his summers at the lake in northern Minnesota. Pete was a car enthusiast and loved Studebakers. He enjoyed going to watch the Maverick hockey team, eating out, and spending time with family and friends.

To order memorial trees or send flowers to the family in memory of Elwin "Pete" W. Sanders, please visit our flower store.