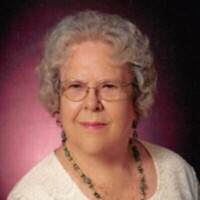 A birthday celebration/funeral service will be held at 2:00 p.m. Saturday, October 3rd at Northview – North Mankato Mortuary with Vicar Dave Reedstrom officiating.  Burial in Decoria Cemetery, Decoria Township, Blue Earth County.  Visitation is Saturday one hour prior to the service with required masks and social distancing.   Memorials may be given to Decoria Cemetery or the donor’s choice.

Esther was born October 3, 1927 to Paul and Petre (Andreasen) Huebner in Blue Earth Co.  Esther attended high school in Good Thunder where she graduated in 1945 as salutatorian of her class.  Esther was united in marriage to Leonard Kunz April 30, 1949 in rural Good Thunder.  They built their home in Decoria Township and Esther resided there for 69 years.

Esther grew and sold plants and flowers for over 20 years with Leonard.  She was a talented florist and many people have fond memories of her doing their wedding flowers.  In retirement she continued to enjoy gardening both outdoors and indoors. She had beautiful violets and houseplants all year round. In the summer she had colorful flower gardens and hanging baskets as well as a large vegetable garden.

Esther also worked as an Administrative Assistant at Lutheran Social Service for 25 years starting as a volunteer and then as a part-time employee.  She was an active member of Calvary Lutheran in Rapidan where she held various board positions.  She and her husband were also church custodians at Calvary Lutheran for 22 years.

To order memorial trees or send flowers to the family in memory of Esther L. Kunz, please visit our flower store.