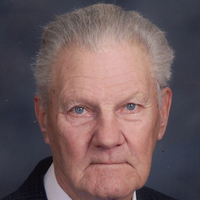 Memorial Service 11:00 a.m., Friday, November 4, 2022, at the United Church of Mapleton. Visitation will be one hour before service. Mankato Mortuary is in charge of arrangements. www.mankatomortuary.com

Eugene Floyd was born September 21, 1929, to Theodore and Tena (Schafer) Walters in Mt. Lake, Minnesota. Eugene was previously married to Irene Freitag and Delores Skyberg before his marriage to Margaret “Peg” Herrmann on February 1, 1986, in Mankato. Peg died in 2004. Pal was an independent truck driver for many years. Later in life he worked for Massop Electric refurbishing equipment. He also helped area farmers with field work for many years. Pal enjoyed spending time with family, restoring tractors, and going to and competing in tractor pulls, where he won many trophies.

Pal was preceded in death by his parents, Ted and Tena; stepmother, Helen (Keegan); wife; son-in-law; grandson; and many siblings.

To order memorial trees or send flowers to the family in memory of Eugene "Pal" F. Walters, please visit our flower store.