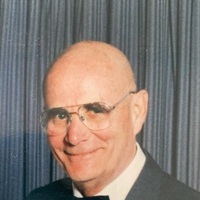 Frederick "Fritz" Ensign age 88, of Mankato died Monday, January 11, 2021 at Hillcrest Health Care Center. An outdoor burial service will be held 11:30 a.m. Wednesday, January 20, 2021 at St. Anne's Catholic Cemetery in Wabasso. You may sign the guestbook and leave a condolence at www.mankatomortuary.com.

Frederick Joseph Ensign was born May 20, 1932 in Marshall to Fred G. and Clara Ensign. He attended school in Marshall and enlisted in the United States Navy on June 24, 1949. Fritz was honorably discharged on April 14, 1953. Upon his return to the Marshall area, Fritz began employment as an electrician.

On April 30, 1970, Fritz was united in marriage to Gloria Johannek. They continued to make their home in Mankato and later on Lake Washington. Fritz continued as an electrician in the Mankato area.

Fritz and Gloria loved life on the lake, spending their time fishing, gardening, feeding the squirrels and boating. Even family and friends were the recipients of numerous pontoon rides. Fritz was partial to dogs and could be found, even in his younger years, with a trusty canine friend by his side.

Fritz is survived by nieces and nephews and their families. He was preceded in death by his wife, Gloria on October 31, 2020. Additional family members that preceded Fritz in death were that of his parents, two brothers, Alfred and Floyd, and two sisters, Helen and Renee.

To order memorial trees or send flowers to the family in memory of Frederick 'Fritz' Ensign, please visit our flower store.