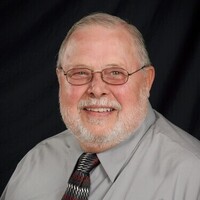 Gary Allen Heller, age 75, of rural Rapidan, died peacefully at home on May 30, 2021 surrounded by family as he wished.

There will be a Memorial Mass held at St. Joseph The Worker Catholic Church in Mankato on June 3, 2021 at 10 a.m. Visitation will be held one hour prior to the service. Father Timothy Reker will be officiating. Burial will be in the Rosary Garden at Calvary Cemetery. Mankato Mortuary is assisting the family with arrangements.

Gary was born on October 5, 1945 in Mankato to Curtis and Evelyn (Richter) Heller. He graduated from Rapidan High School in May 1963. Gary entered the U.S. Army in June 1963 and received an honorable discharge in June 1966. He married Judy (Judith) Mann on August 20, 1966 at St. Joseph the Worker Catholic Church. Together they resided in Rapidan for 38 years where they raised their family. Gary attended Mankato State University and graduated in 1993 with a Bachelor of Science degree. Gary was employed by the Minnesota Department of Transportation for 35 years and retired in May 2001 as a Transportation Materials Supervisor. In 2005, Gary and Judy moved to rural Rapidan.

Gary was an active member of St. Joseph The Worker Catholic Church. He enjoyed fishing, woodworking, and watching sports on TV especially Nascar and Football. He will forever be remembered for his immense love for his family and his sense of humor.

Gary was preceded in death by his father, mother and brother, Larry.

In lieu of flowers, donations can be made to St. Joseph The Worker Catholic Church or a charitable organization of your choice.

To order memorial trees or send flowers to the family in memory of Gary Allen Heller, please visit our flower store.