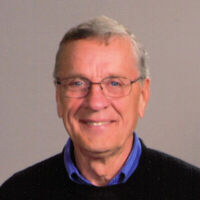 A memorial service will be held 11:00 a.m., Friday, July 1, 2022 at St. Paul’s Lutheran Church of German Lake, 22693 German Lake Rd, Cleveland. Visitation will take place from 4-7 p.m., Thursday, June 30, 2022 at Northview-North Mankato Mortuary, 2060 Commerce Dr. in North Mankato and one hour prior to the service at the church. Livestreaming will be available at www.mankatomortuary.com. The family prefers memorials be given to the FOCP (Feeding our Communities Partners), Mayo Hospice, Mankato or St. Paul’s Lutheran Church of German Lake.

Gary was born December 29, 1945 to Elmer and Dorothy (Schulz) Nickels in Mankato. He graduated from Mankato High School in 1964. He served in the US Army during the Vietnam War from 1965-1967. Gary graduated with the first baking class from Mankato Vocational Technical College in 1970. He was a baker from 1970 until his retirement in 2013. He worked for Madsen’s, Randall’s, and Cub foods.

Gary was a member of the Morson-Ario-Strand VFW Post 950 in Mankato, the American Legion Post 311 in Elysian, and a member of St. Paul’s Lutheran Church of German Lake. He was also a volunteer at the FOCP Backpack program.  In his free time, Gary enjoyed golfing, fishing, bowling, playing cards, and he and Nancy were long-time season ticket holders of the MN Vikings and Maverick football and Hockey teams. He also enjoyed watching the MN Twins, Wild and Maverick basketball. Most of all, Gary’s happy place was to be at his cabin on German Lake gardening, landscaping, visiting with his neighbors, and enjoying lake time with family and friends.

The family would like to give a special thank you to the Mayo Hospice team for their compassion and care they provided for Gary.

To order memorial trees or send flowers to the family in memory of Gary Nickels, please visit our flower store.