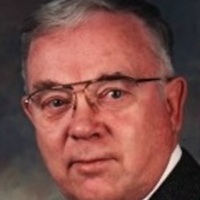 Gordy Graham left us peacefully on the morning of August 7, 2020 at the age of 85 while residing at Ecumen Pathstone Living in Mankato, MN.

Gordy was born on April 5, 1935 in Rochester, MN, to Marie and Logan “Max” Graham.  When Gordy’s father returned from WWII the family moved to Wells, MN, which is where Gordy graduated from High School.  Gordy studied Physical Therapy at the University of Minnesota where he met Donna Barlow from Winnipeg, Manitoba.  Gordy and Donna were married on July 11, 1959.  In 1964 after gaining a master’s degree from the University of North Dakota Gordy was hired as Head Athletic Trainer by Mankato State College and held that position through the schools’ transition to Mankato State University.  By 1969 Gordy had developed one of the first three athletic training education curricula in the country. Because of his efforts, the school now known as Minnesota State Mankato is home to the nation’s oldest, continually accredited athletic training education program.

Following his retirement from the University in 1994, Gordy became very involved in various recreational activities and greatly enjoyed time with Donna extensively traveling the globe and following the antics of their grandchildren.  He took a lot of pride in the ongoing stories his former students would share with him about their careers and families.

Gordy is survived by his wife, Donna; sons, Mike (Sue), Jim (Shani), Dan (Kim), and Andy (Monica); plus 10 grandchildren and 6 great-grandchildren.  He was preceded in death by his parents.

Memorials directed to funding the Gordy Graham Endowment Scholarship via the Minnesota State Mankato University Foundation will be used to support Athletic Training students at the University.

Gordy greatly enjoyed all those who visited him during his stay at Ecumen Pathstone Living.  The family would like to extend our thanks and appreciation to all of his students, friends, Pathstone staff, and extended family who spent time sharing stories, laughs, or just sitting quietly with him.  With respect to the pandemic situation in our lives the family is opting to hold a private memorial service instead of a public visitation and funeral.  We want you to know that we feel this is our best option to show we care about all of you as we mutually honor our father and your friend.

Mankato Mortuary is assisting the family with arrangements.

To order memorial trees or send flowers to the family in memory of Gordon Lee Graham, please visit our flower store.