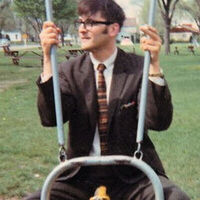 Harold Eugene Motter peacefully passed away on April 30, 2021 due to complications from surgery.

Harold had a vast career in music, playing with the Denver Symphony and teaching in numerous secondary and college institutions.  He loved playing and listening to classical music, which constantly played throughout his home.

He was an excellent cook and loved experimenting with different cuisines from all over the world, collecting recipes at every opportunity.

Harold was a fantastic father of six children with whom he went on many adventures.  He traveled throughout the United States with his first four children in his beloved VW bus and carried on that tradition with his later two.  He lived in Scotland where he joined numerous orchestras and traveled throughout Europe with his wife, family members, and friends he made along the way.

A family celebration of life will be held later this summer.

To order memorial trees or send flowers to the family in memory of Harold Eugene Motter, please visit our flower store.