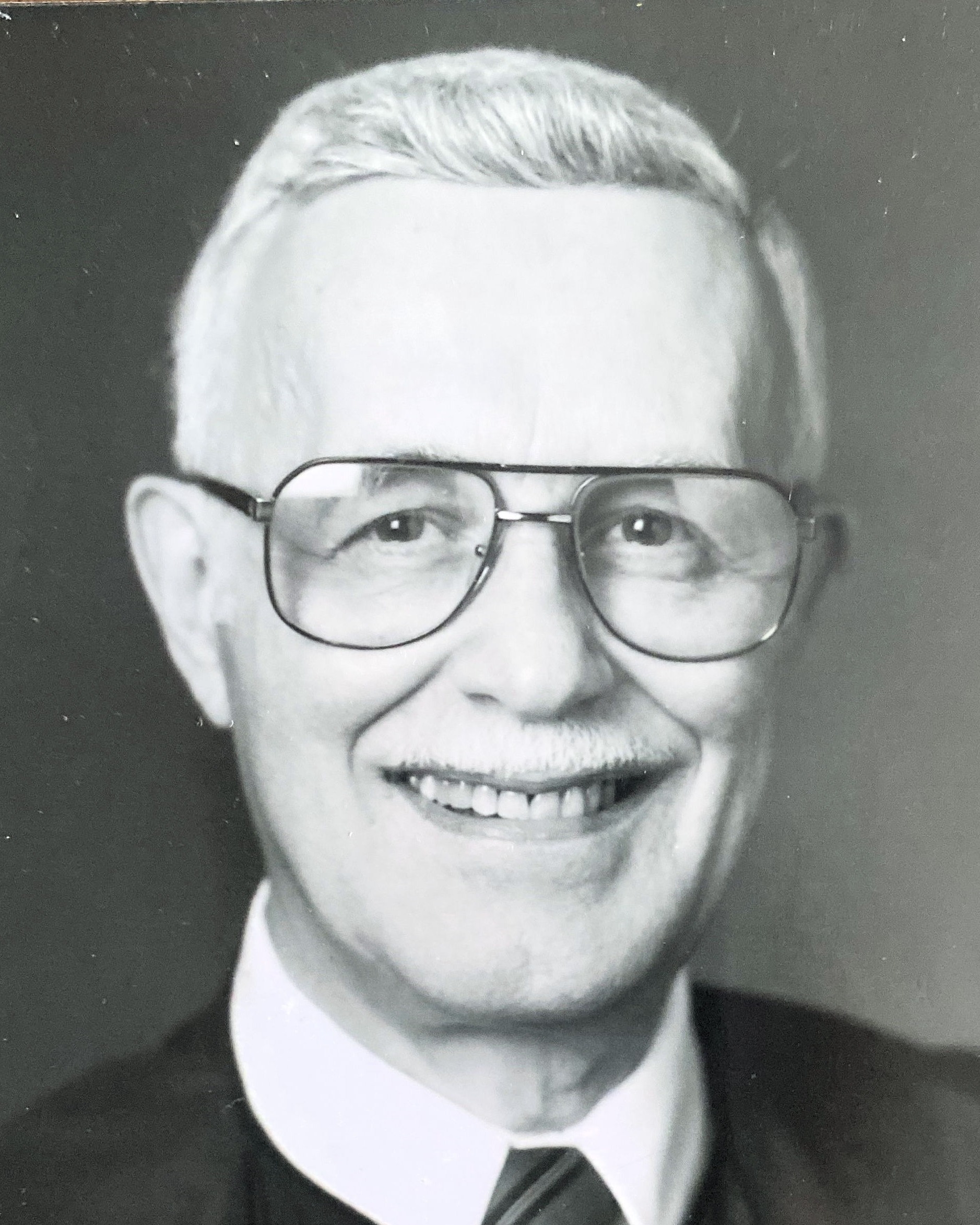 Jim was born in Mankato in 1935 and educated in the Mankato Public School system before attending St. Olaf College in Northfield, where he graduated with honors and was appointed a Second Lieutenant in the US Air Force.  Immediately after graduation, he served three years on active duty in the USAF, one year being served in a remote area of Turkey with the USAF Security Service.  After fulfilling his service commitment, he was honorably discharged as a Captain.

Jim enrolled in Northwestern University School of Law in Chicago, where he met his future wife who was a member of the Northwestern law school administrative staff.  They married in Chicago in 1962.  After receiving his Juris Doctor law degree in January 1964, he passed the Minnesota bar exam and returned to Minnesota to practice law.  In 1965, he joined County Attorney Charles Johnson’s Mankato law firm and later served three years as Blue Earth County Attorney.  In 1976, he was appointed judicial officer in the Blue Earth County Court and was subsequently appointed judge of that court by Governor Wendell Anderson.

In 1992, after sitting as a trial judge in Blue Earth County for 16 years, Judge Harten was promoted by Governor Arne Carlson to the Minnesota Court of Appeals.  Jim was a member of the appeals court for 13 years until he reached the mandatory retirement age of 70.  He was invited by the Chief Judge to continue serving the appellate court part-time in a retired status, which he did for many years thereafter.  Jim was always proud of having been appointed to the bench by governors of both political parties (first by DFL Governor Wendell Anderson and later to the appellate court by Republican Governor Arne Carlson).

Jim was an avid bridge player, a lifetime student of World War II, a prolific reader and admirer of classical music, and a fan of football, baseball, and basketball.  He is survived by Marion, his wife of 59 years; their two children, Joseph E. Harten (Susan C. Harten) of Charlotte, North Carolina and Molly J. Harten of Alpharetta, Georgia; two grandchildren, Graeme Harten of San Francisco, California and Cartland Harten of Melbourne, Florida; and sister M. Jeanne Dahl of Moraga, California.  He was predeceased by his parents, Clarence D. and Hazel B. Harten of Mankato.

Visitation will be held on Thursday, January 5 at the Northfield Golf Club between the hours of 3 pm and 6 pm.  Private interment will occur at a later date.  In lieu of flowers, the family requests donations be made to the Friends of the National World War II Memorial at wwiimemorialfriends.org.

To order memorial trees or send flowers to the family in memory of Honorable James C. Harten, please visit our flower store.