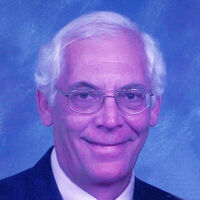 A private family service will be held at a later date. Northview-North Mankato Mortuary is assisting the family.

Jack was born September 14, 1949 to Charles and Georgia (Zapalac) Landkamer in Mankato. He graduated from Loyola Catholic School in 1967. He graduated from Mankato State University in 1971 with a degree in Business Administration. In 1970, he married Colleen Kittridge. Together, they raised three sons. He worked several years as an insurance salesman for Willard Insurance Agency and retired from Snell Motors.

Jack was an avid duck hunter with his three boys; he enjoyed fishing, playing piano, traveling to Mazatlán, Mexico, and especially spending time with his boys and grandchildren.

To order memorial trees or send flowers to the family in memory of Jack Landkamer, please visit our flower store.