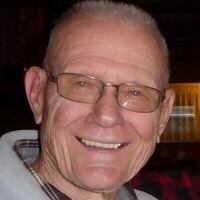 James H. Amlie, age 87, of Kasota, MN passed away on November 28, 2020 at his home on Lake Washington after living with Alzheimer’s disease for 10 years.

Due to Covid, there will be no Celebration of Life at this time. Please share condolences and leave memories of Jim for his family at the Mankato Mortuary website, www.mankatomortuary.com Memorials may be given to Mankato Mayo Hospice or VINE Community Center.

Jim was born July 3, 1933 in Minneapolis, MN to Harold J. and Helen V. (Anderson) Amlie. He graduated from Roosevelt High School, Minneapolis in 1951. He was drafted into the Army in 1954, served stateside and honorably discharged in 1956. He attended the University of MN from 1951-1953 and 1956-1959 graduating with a Mechanical Engineering degree.

Jim retired in 1998 from Honeymead Products soybean processing plant (now CHS) Mankato as a Senior Vice President after 28 years as plant manager. His mechanical engineering skills helped in other jobs he held previously at Texas Instruments in Dallas, TX working with telemetry systems for the Titan II Missile Program and as a development engineer working on a Gyro Pendulum Assembly for control of the MK46 Torpedo for the Aerospace Division of Honeywell, Minneapolis, MN.

Among his daughters’ friends growing up, he was often known as “The Cool Dad” because he was always up for any adventure or activity including family trips with friends to Rocky Coulee in WI and the North Shore of Lake Superior. At their home in west Mankato he could be depended on to flood the front yard using a garden hose to create a skating rink for everyone. Every Halloween, neighborhood kids would anticipate the dummy dropping down from the oak tree by a pulley system he created to scare trick or treaters at the door. The gazebo he put up was a gathering spot for friends, family and neighbors.

He was happy cooperating with others on a common project whether it be working at the Honeymead plant, remodeling a deck, putting together a swing set for his granddaughter, building iceboats with friends or being part of a crew on a sailboat.

Jim cherished friendships, many spanning 50 years back to his childhood in the Longfellow neighborhood of Minneapolis, weekly coffee with Honeymead guys, the Fridley group and the Limberdink men, his many tennis groups, Otaknam investment club, New Year’s Eve bunch, fishing and sailing trips to Isle Royale, MSU Theatre dinner and play group.

Jim and Beth met playing tennis and shared a love of sailing, hiking, traveling and all other forms of outdoor activities. They shared many sailing adventures including crewing aboard the famous sailing vessel “Cloud Nine”. One of the most memorable sailing trips was in 2005, crewing aboard Cloud Nine from Lunenburg, Nova Scotia into the Arctic to Aasiaat, Greenland in preparation for the captain’s second attempt to sail through the Northwest Passage. (Google – Cloud Nine sailboat Into the Ice 2005 video) At home on Lake Washington they enjoyed activities such as ice skating, snowshoeing, cross country skiing, ice boating, and kayaking.

Through his last years, Jim was comforted by love from his wife, family, friends, Limberdink neighbors, and VINE respite center. The Mayo Hospice East Team assisted and loved Jim allowing him to live out his last months at home.

To order memorial trees or send flowers to the family in memory of James H. Amlie, please visit our flower store.