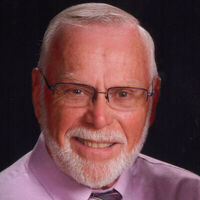 Funeral Mass will be 11:00a.m., Monday, February 1, 2021 at Saints Peter and Paul Catholic Church in Mankato. Visitation will be from 9:30 a.m. until the time of the service. Burial will be at a later date at Calvary Cemetery in Mankato.  Northview-North Mankato Mortuary is assisting the family.

Jim was born January 12, 1938 to John R. and Lucia (Linsmeier) Schweiss in Fairfax, Minnesota. From 1956 to 1958, Jim served in the U.S Army where he earned his GED. On May 18, 1963 he married Lorraine Hoffmann in Sleepy Eye, Minnesota. Together they raised five children.  Jim earned his Associates Degree from Mankato State University while working for the Mankato Police Department. He retired from Mankato Public Safety and the Blue Earth County Sheriff Department after 36 years of service. He was a member of the Knights of Columbus, Elks Lodge #225 and Saints Peter and Paul Catholic Church. Jim was also a volunteer driver for VINE and enjoyed volunteering at church. In his free time, he enjoyed woodworking and spoiling his grandchildren.

Jim’s family would like to thank the Mayo Hospice West Team for their care and support.

To order memorial trees or send flowers to the family in memory of James John Schweiss, please visit our flower store.