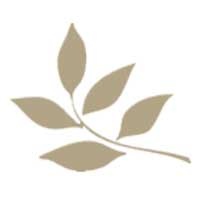 Memorial service 2:30 p.m. Sunday at Northview North Mankato Mortuary with one hour of visitation prior to the service. Social distancing and face masks will be required. Burial at Calvary Cemetery in St. James will be held in the Spring. Memorials are preferred to an organization of the donor’s choice.  An on-line guestbook and a place to share a story is available at www.mankatomortuary.com.

Jamie Robert was born April 22, 1934 in North Mankato to Martin and Helen (Dwyer) Wolner.  After living in North Mankato, the family moved to rural Butterfield, where Jamie attended country school, grades 1-8. The family then moved to rural St James where he graduated from St James High School in 1952. He farmed alongside his family and took over the farm in 1963.

Jamie was a big MN sports fan, especially the Twins and Vikings. He was a farmer who was always willing to help his fellow farmers with any duty that arose. He had attended St. James Catholic Church.

To order memorial trees or send flowers to the family in memory of Jamie R. Wolner, please visit our flower store.