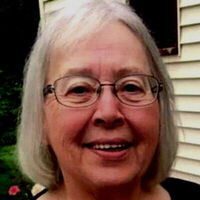 Janice Lee Rae Keenan, 79, of Mankato, passed away peacefully in the afternoon of Tuesday, June 15, 2021 at home surrounded by her loving husband and family. Memorial service will be held at 1 p.m., on Monday, June 21, 2021 at Hosanna Lutheran Church, with visitation one hour prior at the church as well. Mankato Mortuary is assisting the family with arrangements.

The name Janice means “Gift from God.”  Janice was all that and more, being kind and accepting to all and providing guidance and love to everyone that was lucky enough to know her.  She was looked up to by her many friends and family.

Janice was born to Raymond Benson and Marjorie Lucille (Lewis) (Benson) Schauer on September 24, 1941, in Iowa City, Iowa. She was the second oldest of six and lovingly referred to by her father as his little “hunkity-bunk.” Janice attended school in Algona, Iowa, graduating from the Algona High School in 1959. After graduation she married and was blessed with five wonderful children, with the marriage ending in 1977. In 1997 she met the love of her life, Raymond Keenan.  They married on January 1, 1999, in a small Church service before God, friends and family.  Janice was not only blessed to have Ray in her life, but gained two more sons to her loving family, Jason and Jeremy.

The special bond between Janice and Ray was evident to all.  They could often be seen going fishing together, attending family gatherings, and spending time together watching their favorite shows.  They would tease each other and laugh and joke, but there was never any doubt about the love they shared. They never missed saying their goodnights with a kiss and “I love you.” They would curl up together so the first thing they saw each day was each other’s smiles.  As Janice’s illness became worse and she could no longer lay beside him in bed, Ray would make sure that his smile and kiss continued to be the one constant that she went to bed with and woke up to each day.  Ray lovingly cared for his bride to the end, never complaining and always keeping a smile on his face to keep her happy.

As a mom, Janice’s children always came first. She sacrificed many things so that they had food, clothing and a roof over their heads along with some extras like bicycles and toys.  She was the glue that held her family together and no matter what her children did wrong, she made sure they knew she loved them unconditionally.  When the grandchildren came, she became known as “Grandma Wow” because she would excitedly exclaim, “W-O-W!” in an excited voice after their kiss and hug.  Each time they visited, they waited for their special “Wow” after giving their hugs and kisses. She made them each feel special as she gave them her special attention. As Janice’s grandchildren became adults and she met her great-grandchildren, she carried on the “Wow” kisses for them too.  She loved having family visit and spend time with her and made sure everyone felt welcome every time they came.

Janice was a stay-at-home mom for many years while her children were young.  She enjoyed cooking, taking care of her children and teaching them right from wrong.  She was well-known for her “mom-look,” which could stop her children’s’ arguments in their tracks. As the children grew, she entered the work-force and worked at Brown Printing from 1969-1972.  In 1972 she began managing the Dairy Queen in Janesville, Minnesota.  Her children could often be spotted in the back room putting together the cardboard cartons to hold the ice cream cones or sweeping the floor.  Their payment, of course, was some very special ice cream treats made by mom.  It was while Janice was working at the Dairy Queen that she and her children adopted their favorite dog, a Pomeranian named “Rags” who was notorious for pushing over the little kids to get at their ice cream cones.  Janice was quick to figure out Rags’ plan and would set out a bowl of ice cream each day for him.  It didn’t take long before he became a permanent part of the family.

In 1974 Janice became a Tupperware Dealer.  She was a terrific salesperson and moved herself into the Manager position quickly, earning herself the use of a station wagon.  It was the perfect vehicle for her, her five children, and the many Tupperware cases she took to her Tupperware parties.

In 1976 Janice made the decision to go back to school.  She attended the Mankato Area Vocational Technical Institute, obtaining an accounting degree in 1978, while raising five children on her own.  Although going to school and raising a family as a single mother was difficult, she overcame the struggles and set a good example by sitting at the table doing homework alongside her children.  In 1978 Janice took a job at the accounts payable department of Brett’s Clothing Store in Mankato. She remained there until 1980, when she took a position with Computer Services Accounting.  In 1982 Janice took a position as a bookkeeper with Thin Film Technology Services, where she stayed until 1985.

In 1985 Janice volunteered her time with Hospice before taking a position with Cargill Flour and Milling as a bookkeeper/secretary.  In 1993 she took a position as a Clerk of Court and Court Administrator with the Blue Earth County Courthouse, where she was well-respected. She was efficient and could always be counted on to get the job done with a smile on her face.

Janice retired from full-time work in 2007.  She was excited to begin a new chapter in her life by becoming a Master Gardner. She jumped in with both feet and began writing articles for their newsletter, as well as holding office within the club.  Janice’s love of flowers came through as she dedicated herself to helping others with the design and care of their flowerbeds.  Janice’s love of flowers showed in her own flowerbeds, where she would take the time to attend to each plant and each flower just the same as she did with her family.  If one plant needed special attention, she would longingly take the time to nurture it back to health before moving on to the next.  As a mother, she did the same for her children, even into adulthood.

Janice also had a love of books.  She volunteered her time at the local library and joined a reading club.  Her home, with its many books, is a testament to her love of reading.

Janice had a love of music and dance.  She belonged to the Mankato Area Solos & Singles for more than 16 years. While a member she could often be found at their many dances, out on the dancefloor like the bell of the ball.  She held several offices within the organization and received the prestigious award of Mother of the Year for 1995-1996 – an award she was much deserving of.

Throughout the ups and downs of life, Janice’s constant source of support for her foundation in life was her deep faith in God.  She knew that no matter what task or obstacle was set before her, that God would help her through.  She maintained her strong faith to the end.  She knew that God was her Lord and Savior and that she would be entering God’s Great Kingdom.  Although she would miss her time on Earth, she knew there were many loved ones waiting for her on the other side.  This made her journey bearable, not only for herself, but also for her loving husband, Ray and their family.

Janice will be forever loved and missed.

To order memorial trees or send flowers to the family in memory of Janice "Jan" Lee Rae Keenan, please visit our flower store.