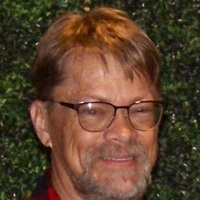 Jason Edward Haack, age 49, of Eagle Lake passed away on Saturday, March 19, 2022. Celebration of Life will be held from 1-4 p.m., on Saturday, April 2, 2022 at Northview-North Mankato Mortuary. Burial will be held at a later date.

Jason was born March 27, 1972 in Kenitra, Morocco where his father was stationed.  He lived in Stewartville for a couple of years before moving to the Kasson and Lyle area.  In July of 1981 he moved to Bemidji.  Jason graduated from Bemidji High School in 1991.  He attended Northwest Technical College and majored in carpentry.   Jason and Anna were married December 18, 1990 in Bemidji, MN.  They lived in the area until 1994 and then moved to Texas for a few months before moving back to MN.  They resided in the Mankato and Madison Lake while raising their family.  In 2017 they moved to Eagle Lake.  He spent the last 10 years working for Rolls-Royce Solutions America as a maintenance lead.  Jason had a love for motorcycles and enjoyed going on rides with his wife Anna and son Ronnie.  He loved taking trips to Sturgis with family and friends.  Jason also enjoyed camping and spending time outdoors.  Jason’s hobby was woodburning which he had been doing off and on over the years.  He spent many hours creating works of art from wildlife to cars, gnomes, and anything in between. Jason enjoyed spending time with his family more than anything.

To order memorial trees or send flowers to the family in memory of Jason Edward Haack, please visit our flower store.