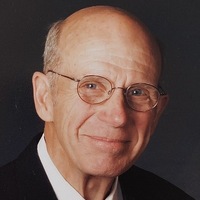 Celebration of Life will be held on Friday, July 23, 2021 at St. John Lutheran Church in Mapleton. Memorial visitation will begin at 10 a.m. and memorial service at 11 a.m. with lunch to follow. Interment will be at Bethlehem Lutheran Church in Rural Aitkin at a later date.

Jeff began his teaching career in 1966 teaching both physical education and business classes; coaching football, basketball, and baseball; and serving as the athletic director. Jeff started the elementary physical education program in Mapleton and retired from the Maple River School District in 2000.

Jeff married Ariel Rush at St. John’s Lutheran Church, in Aitkin, MN on August 8, 1964. They have one daughter, Kristina.

In retirement, Jeff enjoyed spending time at his cabin in northern Minnesota, travelling, playing golf, watching sports, visiting with friends and family, and winning at cards. Jeff was a faithful member of St. John Lutheran Church in Mapleton and greeted those he knew with a smile, kind words, and, if you were lucky, a witty comment accompanied by a twinkle in the eye.

Memorial gifts may be directed to the Michael J. Fox Foundation for Parkinson’s Research. Olson-Tichenor Funeral Home is assisting the family with arrangements.

To order memorial trees or send flowers to the family in memory of Jeffry Charles Glad, please visit our flower store.