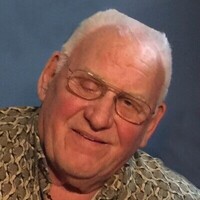 Jerry Bohnert, 84, of Eagle Lake, passed away from complications of multiple myeloma on Thursday, April 23, 2020 at MCHS.

He was born June 10, 1935 in Mankato to “Allie” and Louise (Spitzner) Bohnert. Jerry graduated from Loyola in 1953. There, he played football and basketball, competing in the state tournament during his junior year.

He began dating Darlene Wenner, his high school sweetheart, on a dare. They were united in marriage on September 10, 1956. They were married for 38 years before she lost her battle to cancer on August 25, 1994.

Jerry was a dedicated lifelong member of SS. Peter and Paul Catholic Church and was active in the choir for many years. He was also a volunteer firefighter on the Eagle Lake Fire Department for 30 years and served as chief. He worked at Marigold Dairies for 43 years.

A Memorial Mass will be held 1:30pm, Saturday, September 5, 2020 at SS. Peter and Paul Catholic Church in Mankato with visitation one hour prior. Masks and appropriate social distancing will be required. Private family graveside service will take place at Calvary Cemetery on Tuesday. Please share your favorite memory of Jerry with his family at www.mankatomortuary.com.

To order memorial trees or send flowers to the family in memory of Jerome William Bohnert (UPDATED), please visit our flower store.