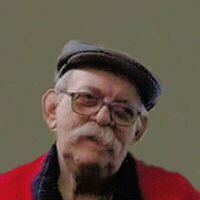 Funeral Service will be Thursday, April 29, 2021 at 11:00 a.m. at Northview-North Mankato Mortuary.  Visitation will be held one hour prior to the service at Northview.  Burial will be in Decoria Cemetery.

Jerome was born on August 4, 1942 in Mankato to Arthur and Lucile (Speck) Petrowske.  He graduated from Good Thunder High School.  Jerry was united in marriage to Barbara Griffin on February 28, 1970 at Redeemer Lutheran Church.  They moved to Willmar in 1972.  Jerry worked for Jennie-O Foods for 32 years.  He also worked for Jackpot Junction for many years.  Jerry and Barb moved to Mankato in 2012.  Jerry loved his Scooby Doo collection.  He had a gift for gab, could have a conversation with anyone.

To order memorial trees or send flowers to the family in memory of Jerome A. "Jerry" Petrowske, please visit our flower store.