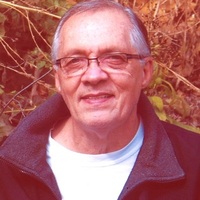 Memorial service 11 a.m. Friday at Holy Rosary Catholic Church with Father Paul van de Crommert officiating. Visitation two hours prior to the service and will continue immediately following services. Burial at a later date in Calvary Cemetery.  Memorials are preferred to Andreas Cancer Center, American Red Cross, or to an organization of the donor’s choice. Service will be live streamed at www.mankatomortuary.com.

Jerry was born on September 9, 1942, in Mankato to Darrell and Gladys (Gekeler) Winters. He attended school in Minnesota and North Carolina. He had worked as a department manager at Madsen Valu Center and a manager at Happy Chef Shakopee, was a Mankato realtor, and retired after 17 years as a supervisor for MRCI.

Jerry married Judy Thompson and they had two children, Jamie and Janelle, and later divorced. Jerry married Karen Portner Morse on November 20, 1971, in South Dakota. Jerry took on the responsibility of husband and father and adopted Karen’s three young children, Jay, Deb, and Scott, and to this union, son Brandon was born. He loved all his children, providing for them and instilling the values of hard work and self-reliance. He was a fixer of anything and everything, refurbishing automobiles, and small engines. He enjoyed snowmobiling, camping, and spending time with family at the lake. Jerry was a caretaker and offered help to anybody that needed a hand. He was a good and kind man, husband, father, and grandfather.

There are no gallery images.

To order memorial trees or send flowers to the family in memory of Jerry Winters, please visit our flower store.