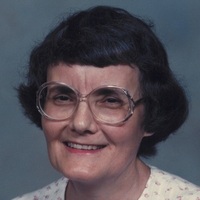 Joan E. Schmitz, 90, of North Mankato passed away on Monday, July 5, 2021 at Hillcrest Rehabilitation Center. A funeral service will be held at 11 a.m., on Tuesday, July 13, 2021 at Ss. Peter and Paul Catholic Church, Mankato. Visitation will be one hour prior to the funeral service at the church as well. Interment will be in Calvary Cemetery, Mankato. Mankato Mortuary is assisting the family with arrangements.

Joan was born on October 17, 1930 to Joseph and Clara (Dorn) Schmitz in Mankato. She attended grade school at Ss. Peter and Paul Catholic grade school. She graduated from Loyola Catholic High School in 1948. After high school, she attended Mankato Teachers College with degrees in science, chemistry, and math and graduated in 1952. Joan later received her master’s in library science. During her teaching career she taught at various schools throughout Minnesota and finished her career at Pine Island High School.

Joan donated to many missions, of which built homes for the poor in the third world countries. She was a lifelong member of Ss. Peter and Paul Catholic Church.

A special thank you to the staff at Hillcrest Rehabilitation Center, and the Mayo Clinic hospice staff.

To order memorial trees or send flowers to the family in memory of Joan Elizabeth Schmitz, please visit our flower store.