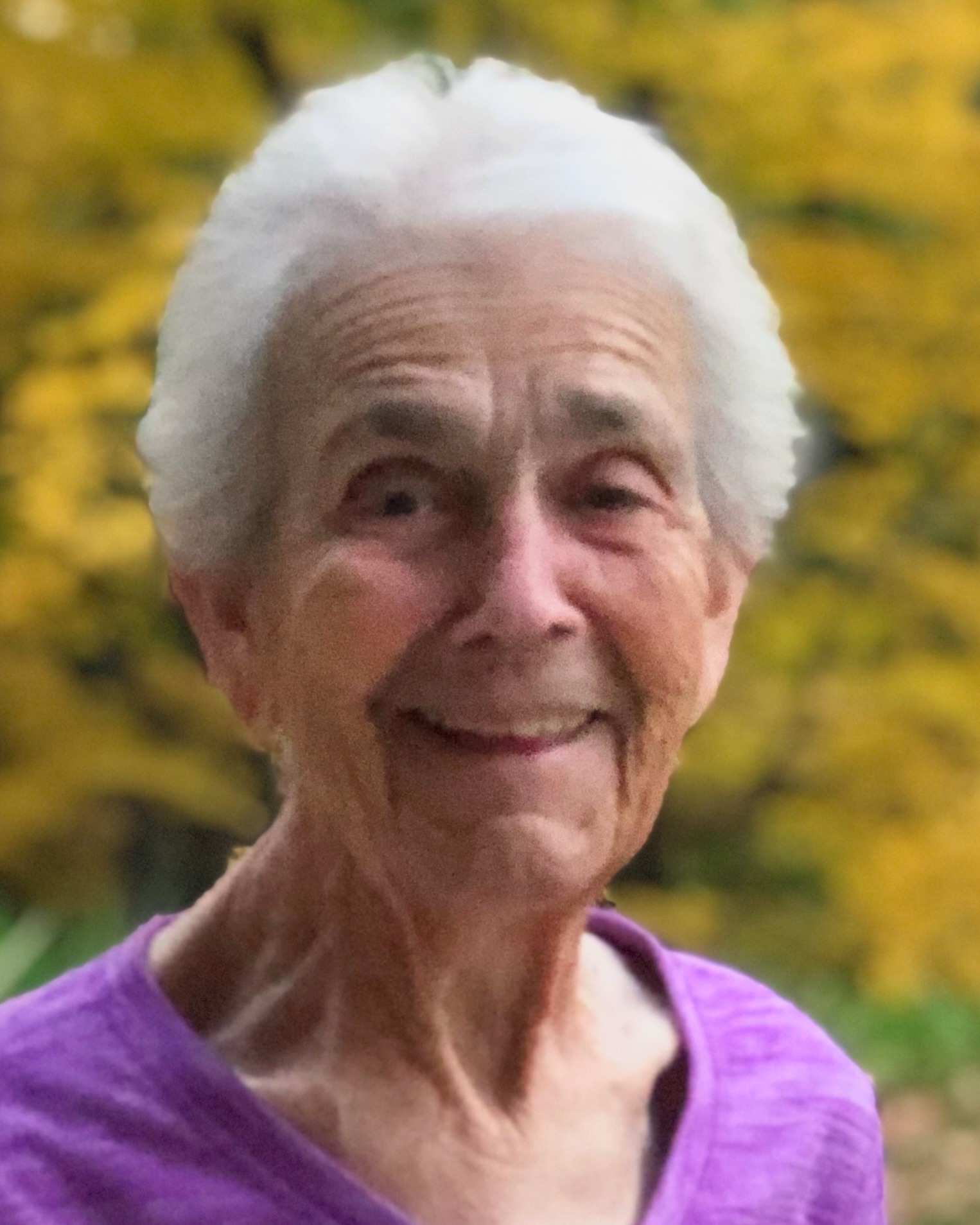 Jo passed peacefully in the early hours Saturday, November 19, 2022 at Mayo Clinic Health System, Mankato. Throughout her final days, she was surrounded by family and friends to whom she frequently commented that she felt blessed to have lived a good, full life and that she was able to remain in the house she loved until the end. She will be greatly missed by everyone who had the good fortune of knowing her.

Jo was born January 4, 1933 in Minneapolis to Mabel Paradise and Archibald Rooney. She moved to Mankato when she was 8 and graduated from Mankato High School in 1951. While in high school, she met Griffith Emlyn “Em” Thomas and they would go on to be married June 14, 1952. They established their home on a farm outside Lake Crystal where they had two sons - John 3/31/1953 and Patrick 11/2/1956. They remained on the farm until moving to Mankato in 1966. After their sons completed high school in 1975, they built a new house and returned to the farm. She suddenly lost Em June 24, 1987, only days after their 35th Wedding Anniversary. Jo remained on the farm until 2000 when the daily commute to Mankato became too long and she found a home in Mankato that she loved.

Jo started working at an early age and continued working until age 82 (longer if you count her vigorous volunteer work). She had the opportunity to make a myriad of local businesses a more pleasant place to work: The Oasis, Thomas Drug, 7 Up Bottling, Hager Manufacturing, and MinnStar Bank before finding her true calling life as the Director of Caring Services at Centenary Methodist Church. Her dedication and compassion drove her to work 60+ hours per week on a 20 hour per week job. Jo became a lay minister and spent countless hours delivering services, spending time with shut-ins, hospital and assisted living visitation all in addition to her identifying available resources and distributing support to the needy. She also did an incredible amount of volunteering especially preparing and serving meals at the Salvation Army (lots of holidays) and ringing the bell in the cold. She was truly dedicated to helping those in need!

Jo was also very active within the community in numerous ways. She was an avid bowler for 40 years and truly enjoyed the competition and camaraderie. She always bowled in the classic (best) league and annually traveled to state, as well as national tournaments. She was inducted with the inaugural class to the “Mankato Bowling Hall of Fame”  in 2008. She participated in many activities: coed softball, golf, walking and card playing. Jo was also heavily involved with many community clubs such as the American Legion, the VFW, the Elks, neighborhood association, Vine and Kiwanis. She was elected President of the Does for multiple terms and was recognized by the Sertoma Club as the “Service to Mankind Award” Recipient in 2014. She certainly never sought the spotlight or recognition but frequently earned it.

Jo was a devoted wife and extremely dedicated, supportive mother. She helped with homework, 4-H projects, typed papers late at night, made numerous sacrifices for her sons and was a Super Fan to seemingly endless football, basketball and baseball games. Later, she continued her enthusiasm by being equally supportive of Grandchildren and Great Grandchildren. She was absolutely “the Best Mother that a boy could wish for.”

Jo cherished the times when family and close friends gathered. She loved getting people together for a great meal which she worked tirelessly to prepare. She was an exceptional cook but even a better baker. Jo was known to many young people as Nain (Welsh for grandmother ) - a title she embraced. True to form, the notes that she left to guide us through wishes after passing stated “Pick someone's favorite place to eat and charge it to my account so I can give everyone one last meal. I may not be able to leave cookies and bars unless I have time. Enjoy!”

She was preceded in death by her husband Em; brothers - Patrick, Ralph; granddaughter - Rosanne.

Instead of Memorials, she requested that everyone “help people who need help when they need it”.

There will be a cemetery service for family and close friends in the spring. Northview – North Mankato Mortuary is assisting the family with arrangements.

To order memorial trees or send flowers to the family in memory of Joanne "Jo" Thomas, please visit our flower store.