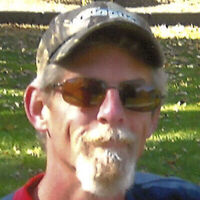 Memorial Service will be held Tuesday, September 6, 2022 at 11:00 a.m. at Augustana Lutheran Church, St. James.  Visitation will be held one hour prior to the service at the church.  Burial will be held at a later date.  Northview-North Mankato Mortuary is in charge of arrangements.

John was born on September 15, 1961 in New Ulm, MN to Gerald and Marion (Matteer) Chambers.  After leaving St. James High School John attended SCC College in Mankato for sales and marketing. While attending St. James High school he met Shelly Hermann in the March of 1980. The pair eventually married November 9th, 1985 in La Salle, MN and welcomed daughter Ashley on March 16th, 1986.  John was a valued and hardworking employee at a number of companies – most recently Auto Value of Mankato. John enjoyed the outdoors, hunting, fishing, camping, boating, and 4-wheeling. John was a kind and sarcastically funny man who was loved by many.

To order memorial trees or send flowers to the family in memory of John Nathan Chambers, please visit our flower store.