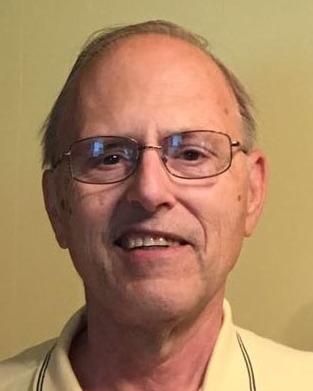 John Harland Nelson, age 76, of Mankato passed away on Thursday, November 24, 2022 at Ecumen Pathstone Memory Care. A memorial service will be held at 10:30 a.m., on Tuesday, December 6, 2022, at Northview – North Mankato Mortuary, 2060 Commerce Drive, North Mankato, with a visitation one hour prior. Burial will be in Mt. Olivet Cemetery.

John was born on November 7, 1946, to Alexander Johnnie and Mavis Lorraine Nelson in Mankato, MN. He graduated in 1965 from Mankato West, and then continued onto commercial college where he received his engineering and boiler license. John worked for 35 years in the Mankato Area Public Schools system with the most of those years spent as Head custodian at Hoover Elementary School. He married Marjorie Gibbs on July 26, 1974, at First Presbyterian Church in Mankato and had one daughter, Sally.

He had a passion for muscle cars throughout his life, sparked by his own father when he was a boy. As a young man in 1968, John became the proud owner of a bright yellow Road Runner, which was his first real love and he talked about that car throughout his life. Bowling was a big part of his week and you could find him at the bowling alley as part of Monday and Wednesday league nights and in retirement during Monday afternoons. Weekends were spent Volksmarching, and as member of the American Volkssport Association he racked up many awards, hiking more than 1000 miles in various Minnesota State parks.

He will be remembered for his love of eating out, his big laugh and positive and upbeat attitude towards life.

John was preceded in death by his wife, Marge Nelson; parents, Alexander and Mavis Nelson and his brother, James “Jimmy” Nelson.

To order memorial trees or send flowers to the family in memory of John Harland Nelson, please visit our flower store.