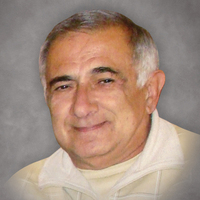 Memorial Mass will be held at 11AM on April 24, 2021 at Holy Rosary Catholic Church, 525 Grant Avenue, North Mankato.  Officiating the service will be Father Paul van de Crommert. Interment will be at Calvary Cemetery in Mankato immediately following the Mass. After the interment, a Celebration of Life will be at Hooligans, 1400 Madison Avenue, Mankato. For those wishing to watch from the comfort and safety of your own home, the Mass will be livestreamed at www.mankatomortuary.com on DQ Joe's obituary page.

Joseph Terrence, the son of Emil and Molly Galli, was born on October 28, 1943 in Hibbing, MN. He graduated from Hibbing High School in 1961. Joe started working at the age of 15 at Fraboni’s Grocery Store where he bagged groceries and was often spotted as the Planter’s peanut mascot. Like many Iron Rangers, once he became a legal adult he was able to secure employment at Hibbing Taconite.  Joe was united in marriage to Vicki Perrella on July 16, 1966 at St. Mary’s Church in Keewatin, MN. Everyone in the entire town attended the wedding. Marrying into the Perrella pizza clan afforded them the opportunity to own and operate Sammy’s Pizza in West Duluth for 10 years. During these ten years his two daughters were born. Realizing that the late night pizza business was hard to operate with a young family, Joe decided to embark on a new adventure.  In 1976 the family moved to Mankato where he purchased The Standard Oil bulk plant which serviced the greater Mankato/Mapleton area. After several years he then transitioned into the trucking industry. He was the Terminal Manager for Ryder/PIE. When he heard the little DQ in town was going up for sale, he knew that would be a perfect fit for him.  He missed all the one on one customer/employee relationships. After purchasing Dairy Queen West in 1990, the legend of “DQ Joe” began. With a heart of gold and a smile for everyone, he positively nurtured many first job employees and customers. It is evident by his lasting relationships.

After arriving in Mankato, he knew he wanted to try Curling. Him and his wife, Vicki, curled for close to 30 years.  Most of their lifelong friends were met through the sport.  Two of his proudest moments occurred in 1984; winning the St. Paul Winter Carnival Bonspiel & Wausau Invitational Bonspiel.  Joe enjoyed playing cards, fishing, visits to the local casino, attending MSU Hockey games and supporting his grandchildren’s activities. Him & Vicki loved to travel, especially taking cruises with family and friends. They often participated, and won, couple dance competitions on various ships. His dance moves came natural and also was fortunate enough to have participated in Mankato’s Dancing with the Stars event in 2014. As an only child, his close friends were like family. He cherished his morning coffee group that met daily at 9AM where they analyzed all the world’s problems. Joe was very close to his faith and attended church weekly.  He always sat in the same pew, upfront, near his wife who was the church organist.

He is survived by his wife, Vicki; daughters, JoRae (Jason) Storm and Jennifer (Tim) Marshall; grandchildren, Molly and Bailey Marshall; step-grandchild, Trey Storm. He was preceded in death by his parents and nephew, Tim Puhek.

The family would like to thank the wonderful care he received over the years by Dr. Richard Peller, Nurse Melissa and his Mayo Hospice Nurse, Jodi. In lieu of flowers, memorials may be made to Holy Rosary Catholic Church or donor’s choice.

To order memorial trees or send flowers to the family in memory of "DQ Joe" Galli (UPDATED), please visit our flower store.